The Seaside run always has a good showing and seems as it’s on our door step it would be rude not to. As usual we left from The Station Inn and was soon greeted by a heavy rain shower enroute to Penarth. The carpark is normally a show in itself but we had to hide from the rain until the off. On this run you have to play by the VMCC rules so bikes older than 25 years however every year some of the VMCC members normally bring a few modern bikes due to breakdowns and such but we always abide by the spirit of the ride.

This year due to an event in Barry we knew we were skipping that this year but it lead to a number of people going the wrong way. Thankfully once we got out of Penarth the rain ended for the majority of the day. There is definately something fun about riding the country lanes in covoy on the old bikes. Nash Point is always a cracking place to be but once again we were blessed with the sun being out.

The best bit of the run tho is the sunday lunch but after a quick look at the weather we knew we were chancing our luck and a dark cloud looming above we made a break for the motorway home and not go back to Penarth like normal. We didnt get wet again and still had a cracking morning. If you missed it this year line it up in your plans next year it never dissapoints and always a good run to shakedown recent projects.

Our esteemed member turned roving reporter Alan Robinson attended The DGR along with some fellow members, here is his report:

This year’s Distinguished Gentleman’s Ride was a roaring success! Three rides were organised in Wales. The Pembrokeshire ride was supported by 77 riders and raised £4101. The Rhyl ride raised £12704 from its 106 participants, but the Cardiff ride eclipsed both. A staggering £20592 was raised by 355 riders!
Again the weather was good, dry and mild. Most of the riders, and their pillions, entered into the spirit of the day by getting togged up in their dapper finest. Charity shops must have done a roaring trade! Saying that though, there were quite a few who let the side down and some were just along, literally, for the ride. The bulk of the riders took the same route as last year, although a few did take a couple of shortcuts to avoid being left too far behind, regrouping at Culverhouse and Barry Island. The ride finished on Penarth Promenade making it look like a mini-Douglas during TT week.

The Swansea Classic Motorcycle Show returned from a brief vacation to a new site on Winch Wen Industrial Estate. Being undercover made it all the better even though the weather was fine and dry that weekend.
Situated inside the Swansea Bus Museum along side some fine examples of Routemasters a broad range of motorcycles were on display, although some couldn’t really be called “classic” pictured are a few that caught my eye (I want that yellow Commando!).
Hopefully, this show will establish itself on the circuit in the coming years.

First let me apologise for the lack of recent posts it has been a busy time with working on background things for the club and our first public meeting along with preparations for the shows ahead. More to discuss at out next meeting. But this Blog is about the soon to depart adventure….

The Piston Rally….. so what is the Piston Rally??? The Rally is an event mainly based in Santander in the North of Spain. It’s all about the classic bikes with a number of days riding culminating in the 5000 Curves, a one day 300+ mile ride with 140+ around the Picos de Europa mountains.

So a rally of classic bikes in north Spain, what’s not to like. This is being attended by 3 of the club’s Committee members Danny, Martyn and Myself (Josh) along with picking up our French pal Alain en route (a previous South Wales Resident). Danny and Martyn have attended numerous times before so a myriad of regular pals will be met at the event plus a stranger is just a friend you havent met yet and the biking community is always welcoming. Whilst attending the event has been a regular occurence the method of our adventure is virgin territory for us on the older ladies. Previous Piston Rally attendances have been done by getting the ferry to Santander with vans or driving down through France with Vans/Trailers but never the full Monty and ride down attend and ride back adding even more to the trip. So what machines are we selecting for this arduous Task.

Now preparations have not been simple, Martyn’s Bike is only just off the bench last week due to an oil leak on the rear crank seal and changing the oil pump O ring. Nothing like last-minute issues and even now as I post the BMW is in the testing phase so it’s not even a sure thing for the final selection.

Danny’s BMW has not fared much better being a fresh rebuild at the start of the year suddenly started developing battery and starting issues.  One new battery and starter motor later and all seems fine but this was only done Monday evening so more fingers crossed on this one.

I have done a few things e.g. rear brake caliper rebuild but for the most part my CX is used daily and fingers crossed it will be fine after an oil change on friday evening.  So the ferry is late in the evening on Saturday night doing Portsmouth to Caen on the overnight ferry.  We the then head down through France and stay at Alain’s where now I made a stereotypical french joke I expect to get a slap before being let in. The rough plan that follows is to book a hotel somewhere near the border to Spain and then figure out a plan to stay somewhere in North spain for  before Heading to Hotel for the Piston Rally on the Wednesday but we wanted to keep this open for discussion on the way down.

Now I shall probably keep a daily blog on here for those interested and my previous life as a motovlogger will come in handy when it comes to recording the whole thing so plan to vlog and record as much as I can to produce a video or video series when I come back.  So please join us on this entrepid adventure on these old girls across France and the Picos de Europe.

Also don’t forget your in good hands with Alwyn and Matt for next Tuesdays Meeting and they will be taking the lead on the Distinguished Gentlesmans Ride then we will be back for the Swansea Show.

More info on the Rally:

We now have a home at the The Station Inn – Caerphilly! 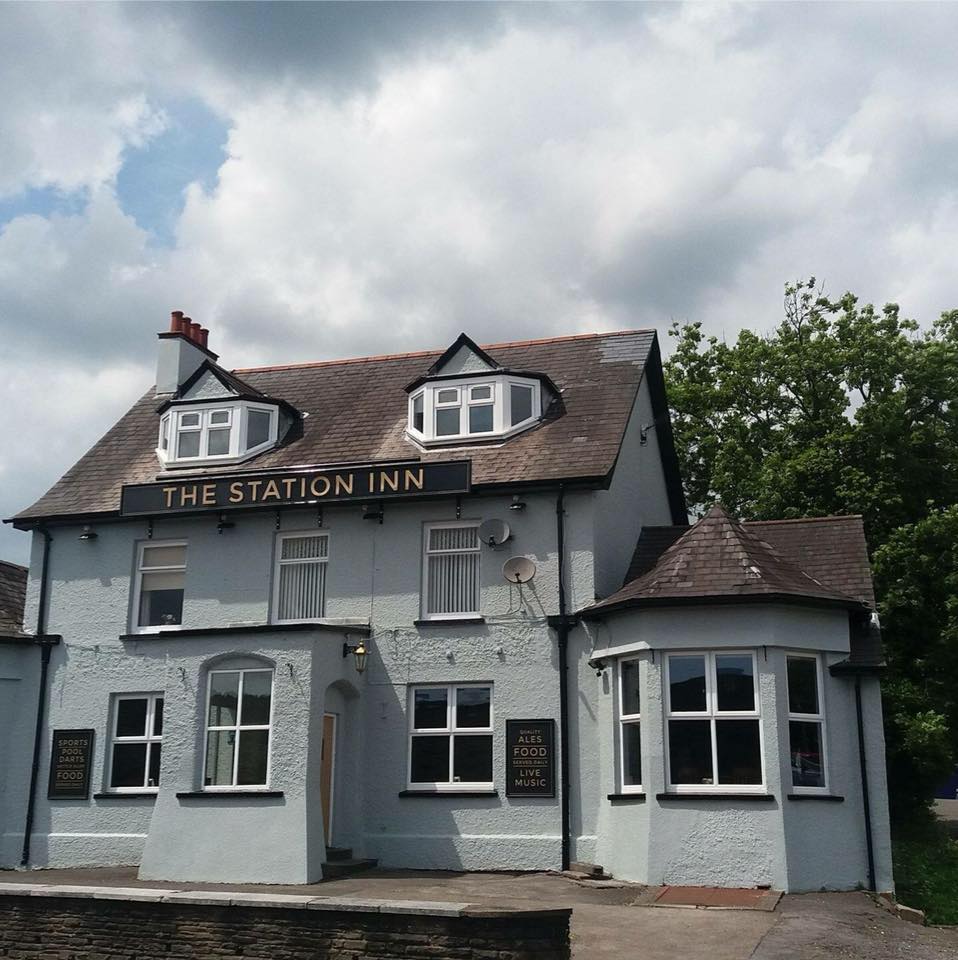 Our first Public meeting will be on Tuesday 11th of September 19:45 for 20:00 kick off.  Lots of local parking and as the name suggests next to a Train Station if your not riding/driving.

We look forward to meeting you all for our first public meeting and we are looking forward to giving out membership cards to those who have already signed up or if you want to come and find out more before taking the plunge don’t be shy!

We have lots to plan and discuss with upcoming events with the Distinguished Gentleman’s Ride and The Swansea Classic Motorcycle Show coming up.